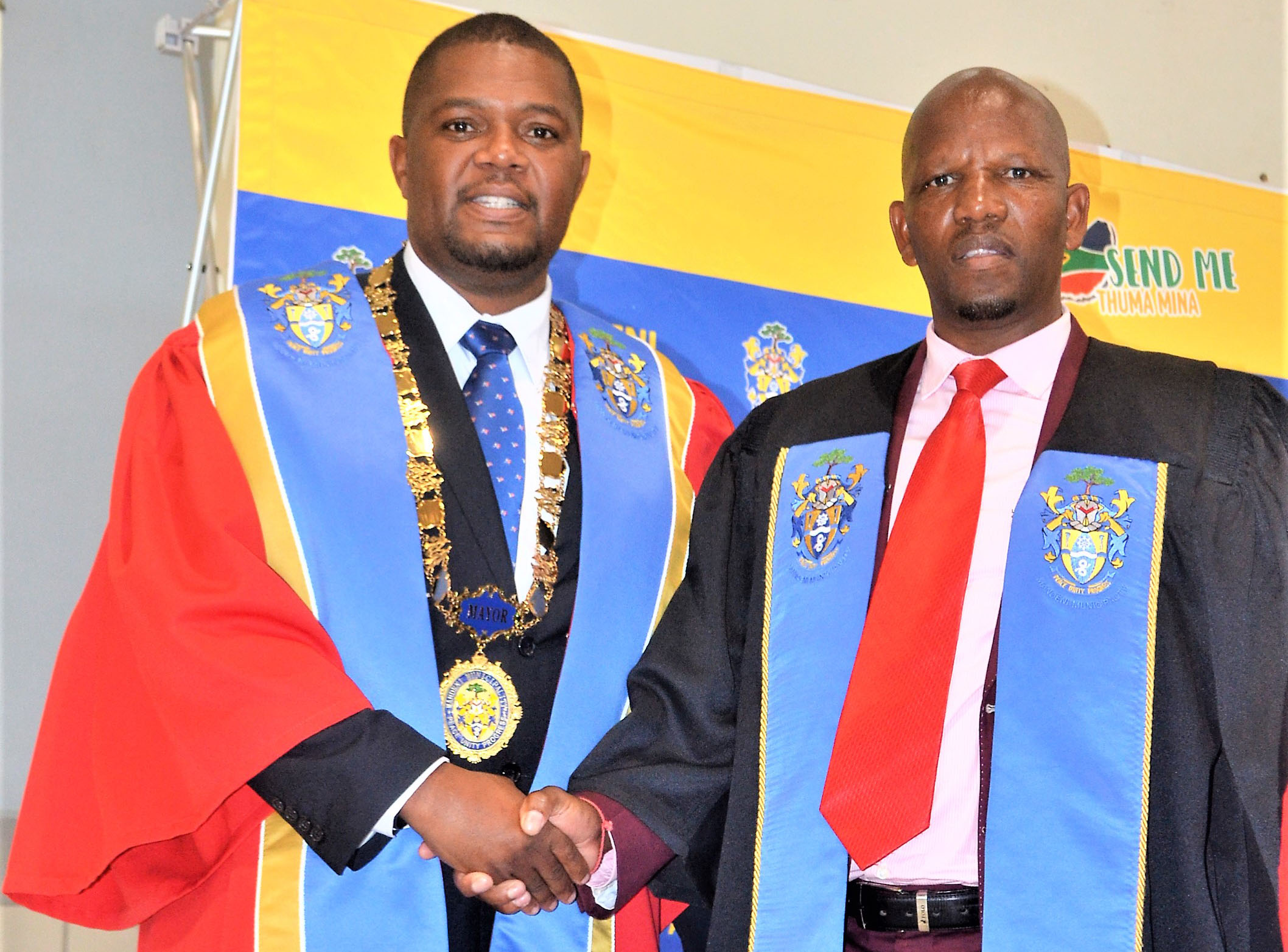 Mdlalose was giving his acceptance speech at the Sibusiwe Hall last Thursday. He was inaugurated together with former mayor Bheki Magwaza (2006 – 2011), who became the new speaker.

Mdlalose, who is the former regional secretary of the African National Congress, said in reply to questions about how he would deal with violent protests in Mandeni that the behaviour of residents played a huge role in attracting investors.

“We must also take into consideration that not all the factories left Mandeni, especially Isithebe, because of the violent protests. There are a lot of issues facing businesses, such as the weak economy,” said Mdlalose.

In a community meeting last December, residents were warned to stop violent protests because they were driving away investors and faced losing their jobs.

Mdlalose was elected after the most recent former mayor, Siphesihle Zulu, resigned in May after thousands of residents demanded he step down, accusing him of corruption.

Inkatha Freedom Party councillors said they were unhappy that neither position had been given to a woman.