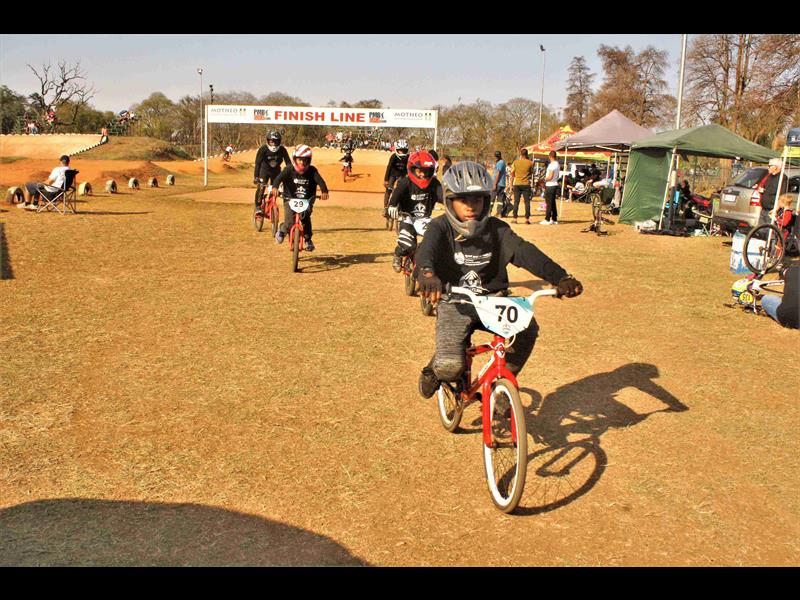 Shaka’s Head rising star, Wandile Mbili, will be among the 13 cyclists who be representing Kwa-Zulu Natal at the national BMX SA championship in Gauteng this coming weekend.

The 14-year-old was selected after he performed well at five BMX races held earlier this year in Pietermaritzburg, Queensburg and Giba Gorge in Hillcrest.

Mbili comes from the Ushaka Rising Heroes, trained by Dumsani Ndzimakwe, who started the academy five years ago. Ndzimakwe said he was impressed with the performance of his team, particularly Mbili.

His mother, Nokuthula Mhlongo, praised Ndzimakwe for taking the initiative of introducing the sport to children from his township.

“I am very happy because I see that he is enjoying the sport and there is progress. I have never bought him a bicycle or kit because I cannot afford it. But thankfully their coach always makes it his job to get them bicycles and kit,” said Mhlongo.

She said she had never seen her son performing, but in her purse she keeps a photo of her son that was once published in the Courier.

“I pray that he gets where he wants to be and I wish him and the rest of the team the best of luck on their race this coming Saturday,” she said.