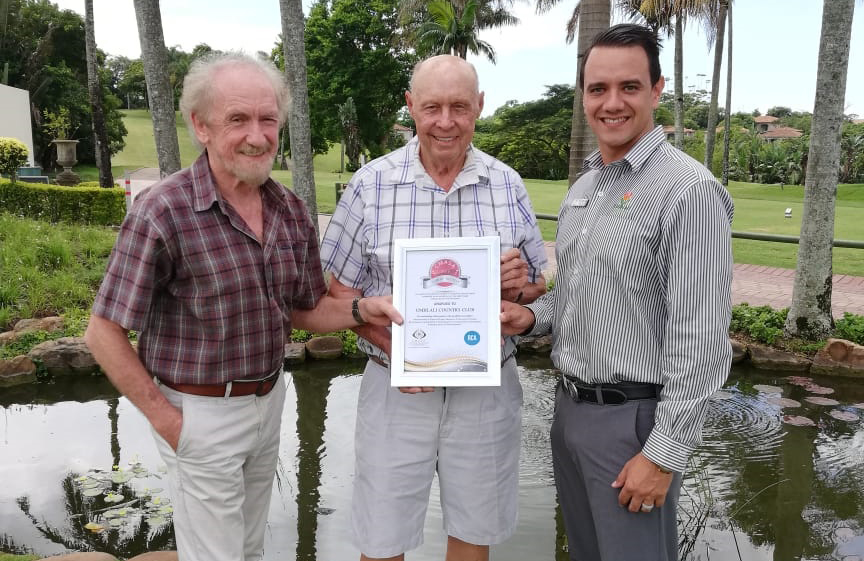 Umhlali Country Club has been voted club of the year by the Club Management Association of South Africa (CMASA), proving that even a small club can compete with the big boys.

“When Umhlali Country Club was founded in 1961, no one could have imagined that some 58 years later it would have evolved into a fully-fledged country club with outstanding sporting facilities and be voted as South Africa’s Club of the Year,” said O’Donovan.

The club started as a humble nine-hole golf course, and as it grew it maintained its identity as a relaxed and family-oriented country club.

The club’s rich history is important to the the management and they have shown this through the introduction of Life 50 Awards for members who have completed 50 years of unbroken membership.

“On behalf of my exco colleagues, I wish to congratulate everyone involved in making this award possible, particularly our new general manager Derick Reinke and his staff, former general manager John Boyce, our members, especially those sitting on our committees, and everyone associated with the club.

“I would also like to congratulate CMASA and RCA Consulting on how they have successfully revamped the awards criteria to deliver even more objective and transparent awards for the industry,” said O’Donovan.

The CMASA awards recognise the top management at South Africa’s sport and recreation clubs and are the climax of achievement within the industry.

Under the new criteria, the awards recognise the efforts of the collective club and not just its outstanding individuals.

“I think what is particularly satisfying for Umhlali Country Club and golf estate is that what made the difference for them was the member survey and mystery guest audit.

“As a club, the experience of your members and guests is ultimately what you want to be judged on, and also a reflection of the high standards we want to set as an association.”

“I, on behalf of all our members, wish to convey our deepest gratitude and appreciation for the work they have put in to achieve this, the highest accolade of 2019,” said Hulett.