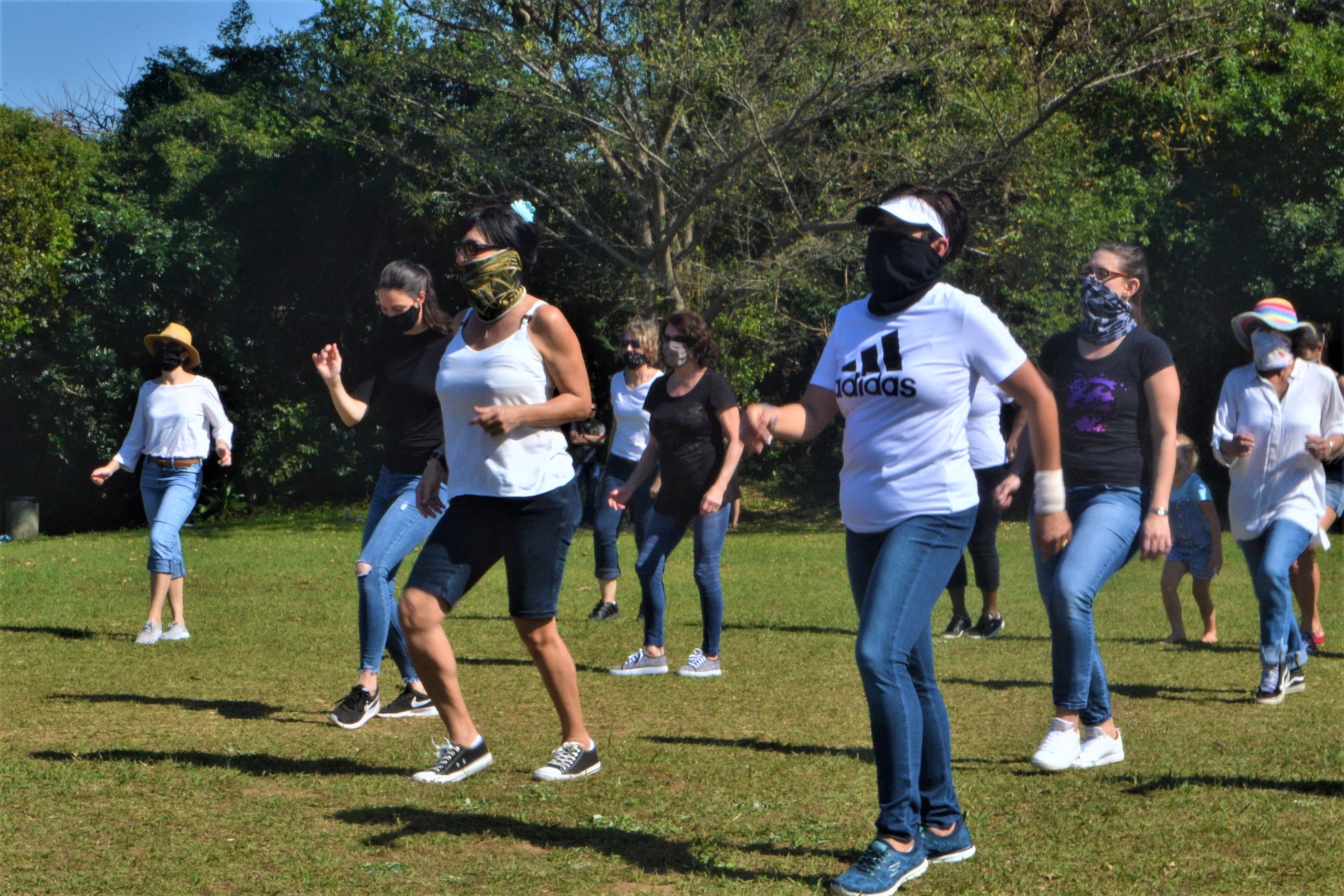 About twenty Dolphin Coast Residents dusted off their dancing shoes and gave it their all for a dance in the park on Sunday morning.

The dance was held at the Salt Rock park on Mc Donald Road.

The dance display, one of many around the globe, follows the release of South African artist, Master KG’s single, Jerusalema.

The song, which features artist Noncebo Zikode, was released in August 2019.

Organiser of the dance Genevieve Daw thanked everyone who took part.

”During lockdown, with much discussion and concern, we agreed that in this time of everything being uncertain there had to be a form certainty.

“One of the greatest forms of solidarity in this world, during this pandemic, is dance.”

Daw said she had found the choreography daunting but thanked her 70-year-old mother, an ex-ballerina and dance teacher, for showing her the basics.