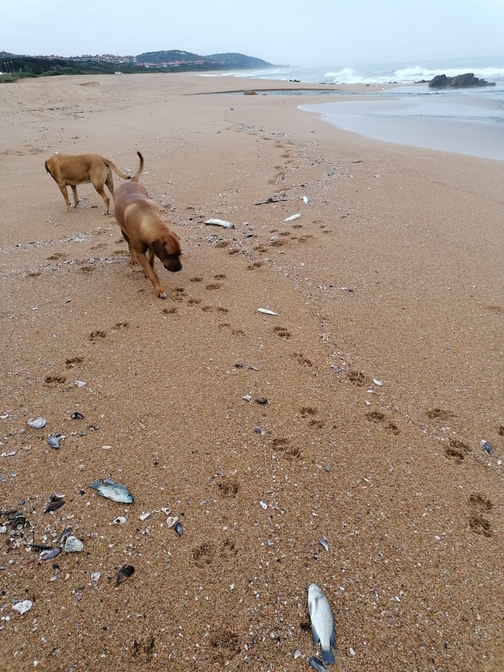 Scores of dead fish washed up on the banks of the Tongaat River following a possible sewage spill last week.

On Saturday Ezemvelo KZN Wildlife issued a warning to the community to refrain from fishing and all other recreational activities in the Tongaat River after a “devastating effluent spill” allegedly contaminated the river.

Ballito resident Tony Perkins was walking his 2 dogs along the beach on Friday morning when he came across a number of dead fish scattered along the bank at the Tongaat river mouth.

When he investigated further he noticed the water flowing from the river directly into the sea was pitch black and foul smelling.

“The is a wastewater treatment plant nearby but authorities will need to conduct an inspection to ascertain whether there was a spillage and urgently address the issue.

“We will provide an update once they become available,” he said.

Dolphin Coast Conservancy chairperson Di Jones said they were still waiting for a clean-up operation to be done by the department.

“We suspect it was a sewage spill because of the strong sulphur smell that was coming from the water when we went down to the river mouth to conduct an inspection,” said Jones.