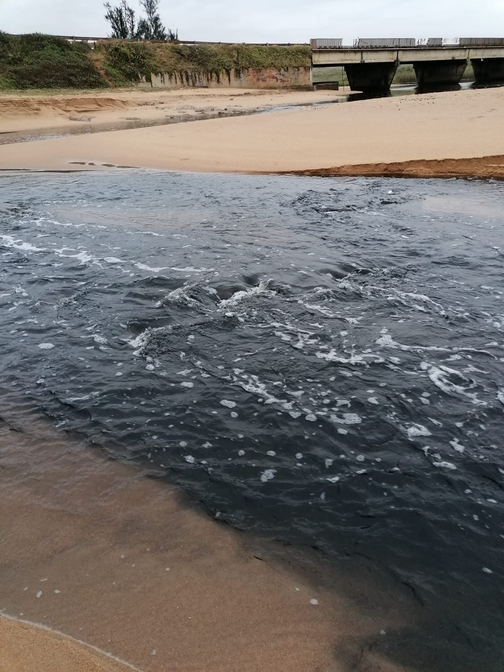 Investigations by eThekwini officials into the sewage spill in the Tongaat River last week revealed the spill was as a result of a mechanical fault at the Tongaat wastewater treatment works situated to the east of Tongaat.

The incident was reported to eThekwini Pollution Control and the Water and Sanitation department last Thursday.

While the extent of the damage caused to the river is not yet known, in the aftermath of the spill conservation experts have warned that until sufficient rain falls in the upper catchment to flush the system, it will take some time to recover.

On Saturday Ezemvelo KZN Wildlife warned the public to refrain from fishing and all other recreational activities in the river.

“I was informed that KwaDukuza municipal officials also performed a water quality analysis on September 12 which revealed the levels of E. coli were off the charts,” said Jones.

Jones expressed concern that these were not isolated incidents.

“There have been spills recently on the Mvoti, Toti, Isipingo, and several other rivers in KZN, all of which are as a cause of mechanical failure or lack of management skills, leading to the sewerage being spilled into the rivers which are adjacent to the works.

“Loadshedding has also caused problems, because there are no backup generators which can be used in some cases.

“All beaches close to the estuaries are meant to be closed at the time of a spill, to ensure there is no potential health hazard to beach users.

“Perhaps luckily the beaches close to the Tongaat River beaches are not swimming beaches.

“However, the fish kills and environmental damage is what concerns us the most, and the fact that wastewater treatment works are not maintained and managed properly.

“If they were, these incidents would not happen as often as they did,” said Jones.