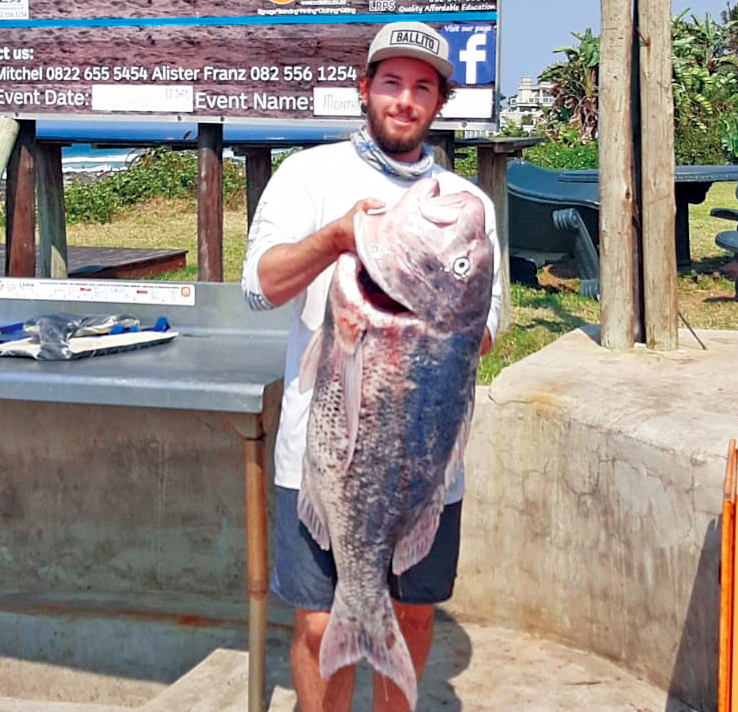 There was a sewage spill in the Tongaat River two weeks ago week and it was not long before this pollution entered the ocean, killing fish in the area.

Fishing had just started to improve at this popular angling spot, but this soon turned into a waste of time and will remain so until the area once again becomes pollution-free.

Over the years this river has seen its share of urban pollution and the area in the vicinity of the river mouth is basically dead, and has been for some time.

There was a time in the 70s that myself and other fishing colleagues would catch prawns at the side of the lagoon for bait.

During winter we would catch beautiful bait-sized mullet for live bait.

Those times are long gone.

Most of the rivers north of Durban are polluted, which can clearly be seen when the rivers are in flood.

Shad are making up the bulk of catches presently, but anglers are reminded that fishing for shad is banned from month end.

There have been a few big shad caught but even smaller fish are weighing in at around one kilogram. The catch limit is four fish.

Anglers around the Bluff have managed some excellent catches almost daily, plus there have been a few garrick caught by those fishing with live bait.

A couple of lucky anglers have landed nice-sized hard-fighting brusher which are much sought after.

A couple of the brusher were caught on mixed prawn and sardine baits.

There seems to be quite a few shoal kob caught in the dark and, although most of these have been caught at South Coast venues, there are several local spots that are famous for producing shoal salmon.

At times the sea was the ideal colour for salmon, a nice ginger beer colour created by the north easterly winds that churn up the sea bottom.

A number of anglers enjoy fishing in Durban bay and they have caught a number of small salmon plus nice-sized grunter. It can be really relaxing fishing with light tackle in the bay but the bay is badly polluted.

A short while back I was talking to an angler who fishes the bay every moment he can.

While he enjoys fishing in the bay, he does not take fish home for consumption because of the pollution.

Saturday was a bit of a bad day owing to the southerly wind on Friday.

This did not stop shad anglers arriving at the beach in their droves.

The side wash created by the wind caused more tangling than angling with many tempers flaring.

I saw one angler throwing a spoon at the edge of the crowd and he went on with a fish but was swamped by anglers casting all around him before he could land the shad.

First light on Sunday saw weather much improved but again, a large crowd was present at Umhlanga beach.

A few shad were caught early in the morning but there were more anglers than fish being caught.

I did not see any surf ski or ski boat anglers near the backline on Saturday morning, probably owing to the wind but, I believe that they have been catching a few garrick and snoek between Umhlanga Rocks and Glenashley bottom reefs.

I hope sea conditions will be more favourable this week.