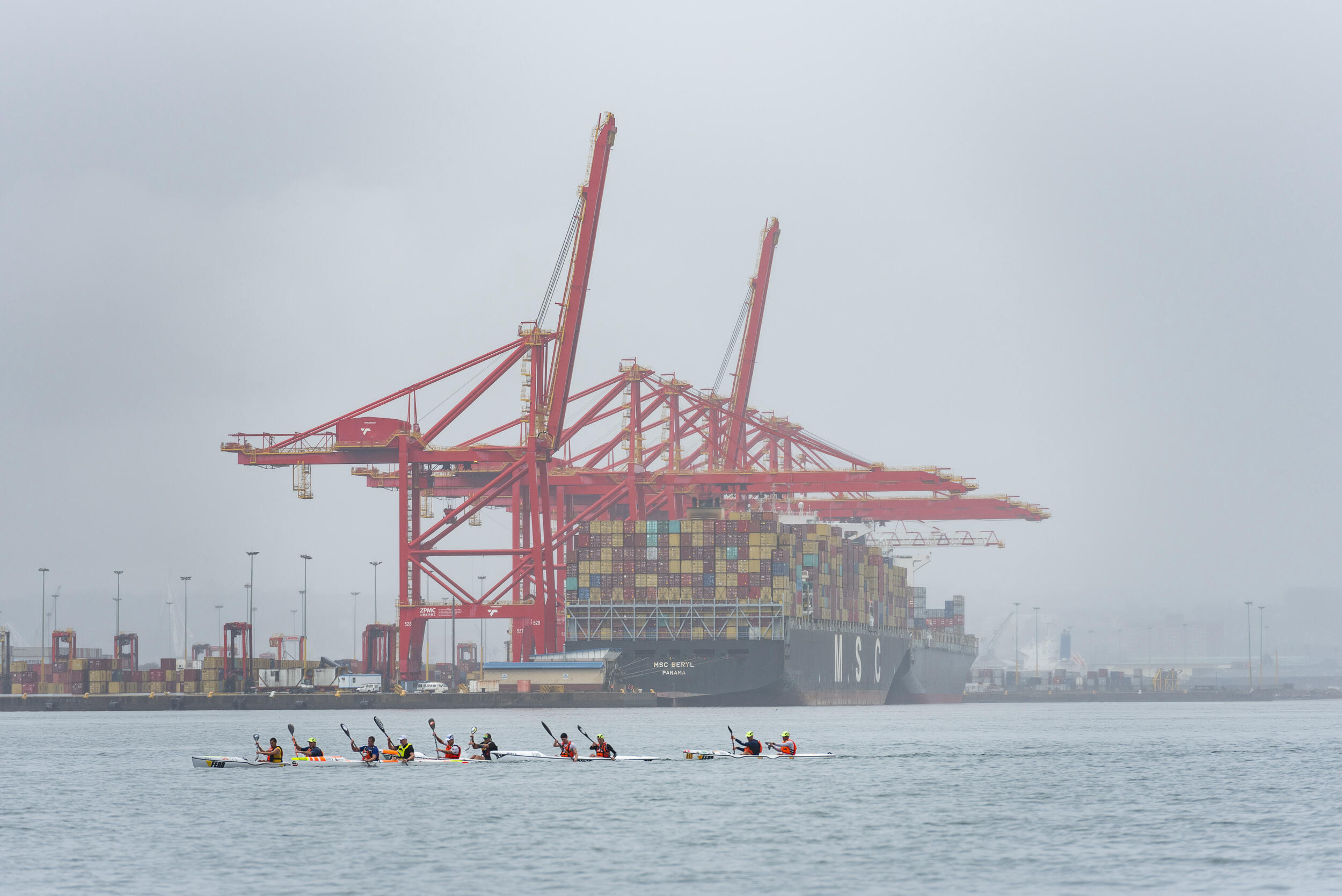 South Africa’s most decorated paddler, Hank McGregor, took the first national title of the year at the Bay Union King of the Bay event on September 4.

The Salt Rock resident teamed up with Hamish Lovemore to take the double ski title on Sunday in stormy conditions.

The event is a highlight on the calendar for paddlers as it is the only time they are allowed to paddle in the Durban harbour.

“It is a unique event for us, and it is quite thrilling to have the opportunity to paddle out of the harbour mouth,” said McGregor.

The 23km race was broken into two sections, with 11km in the relative peace of the harbour and 12km out at sea in difficult conditions.

The race was tight throughout the harbour section, but the youthful power of Lovemore and experience of McGregor allowed them to build up a lead while at sea.

The partnership is a recent one, and this event proved to be the perfect dress rehearsal as the duo will be competing for the national K2 marathon championship title in St Francis this weekend.

“Hamish is an exciting youngster, we train together and are good friends, I am looking forward to competing with him in St Francis,” said McGregor.

Three national titles will be up for grabs in St Francis from October 10-12 and it promises to be an electrifying weekend of racing.

The full Bay Union King of the Bay results are as follows: