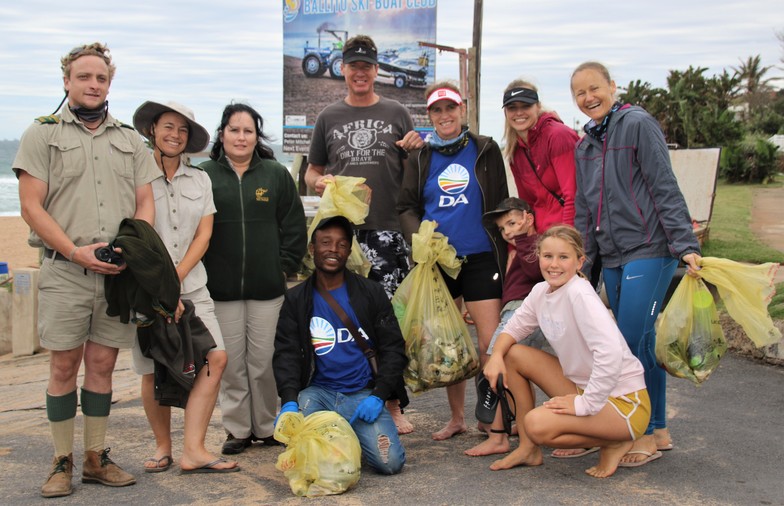 The world’s largest annual volunteer effort for ocean health saw volunteers from all walks of life hit the beach in an effort to clean up the shoreline from all waste.

Making up about three quarters of all marine debris, plastic lasts for many years and is especially harmful to wildlife.

Thousands of birds and marine animals die each year from ingested plastics which cause injury and starvation.

KZN Ezemvelo honorary officer Liesl Venter said the importance of a coastal clean-up could not be overstated, as oceans and waterways are home to a diversity of marine life.

“Pollution left behind by visitors is not only an eyesore but can be threatening to the health of marine life and people alike. It is a constantly growing risk. Marine debris or litter is human-created waste and results mainly from marine and land based activities,” she said.

One of the organisers of the clean-up, Ballito ward councillor Tammy Colley said she she was pleased with the turn-out and urged the community to become more vigilant in keeping the beaches clean and litter free.

“The earth is the one thing we all have in common. Let’s keep it clean and start with the beaches. Everyone can also help by removing the strings off surgical face masks and disposing of them properly.”

The event has been held internationally each year since 1986.

During last year’s event alone, nearly 600 000 volunteers were mobilised to clean coastal beaches and inland waterways all over the world.

South-Africa was ranked 6th on the list of top 10 participating countries.