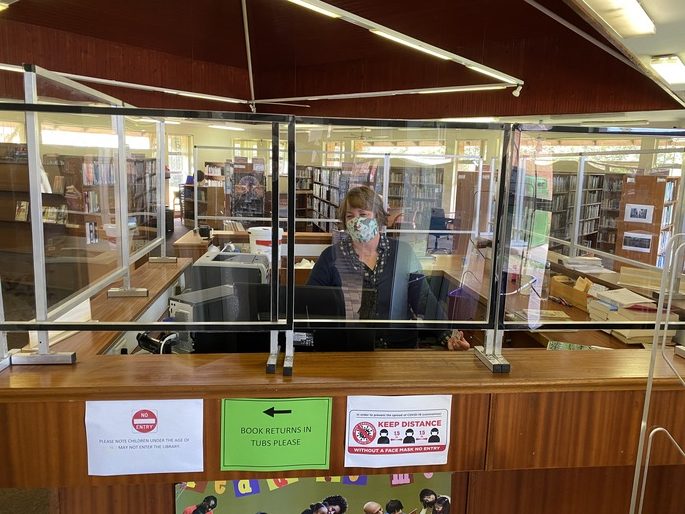 There’s been a lot off ‘oohing’ and ‘aahing’ in our house recently, whenever Rose goes out onto the deck and spots a whale or two.

There have been a lot this year, haven’t there!

I have a theory that whales like windy weather.

When the sea is calm and flat, you see hardly a splash.

But when the wind is whipping up a few seahorses, then the whales start breaching, slapping their tails and generally frolicking about.

Has anyone else noticed this behaviour?

I haven’t a clue why it should be so, but perhaps someone can enlighten me.

During the worst days of lockdown, we kept our sanity with regular online Pilates classes, together with long walks when they eased a bit.

But the walking triggered an old ailment, a hideously sore lower back.

I couldn’t get to see a chiropractor until June, and he prescribed exercises which included a ban on flexing the lower spine.

I had thought more, not less, flexing would have been the answer, but that only shows how little I know.

Pilates guru Tash Barnard designed a set of exercises that tweaked and stretched and exercised all the intricate little core muscles that support the torso and made me sit and stand straight.

Her favourite expression is, “Stand up straight – don’t be like a slap chip!”

And I have to say, after 8 weeks or so of not overly onerous, but very specific, exercising, the pain has gone! Yay!

Lockdown gave an enormous boost to the online world, as we all have experienced, not least to the world of exercising.

I would have scoffed at doing an online class before all this, but now it’s old hat.

On a recent visit to the Pilates studio I saw Tash giving a live class to 5 Russian women in Moscow, via an interpreter.

The sighting of a leopard in our district recently, captured on CCTV, brought back memories of about 10 years ago when leopard tracks were found in Chaka’s Rock.

Our local Ezemvelo officer, Lionel van Schoor, said they were definitely made by a leopard, which drew sarcastic remarks from some quarters about the ability of a fisheries officer as a tracker.

Well, it’s good to have photographic proof that leopards can and do roam this area – and more strength to those good people who give their time to anti-poaching patrols in the rural areas.
* * *

After all the complaints and anxiety over car licence renewals, we’re very excited to be able to bring you online renewals, a collaboration with a commercial licencing company.

The details are in the article on Page 3 and if you want a direct link to the online portal, simply use your phone to scan the QR code on the back page, or go to our website northcoastcourier.co.za and select the item “Renew your car licence without the queues, cash or hassle”.