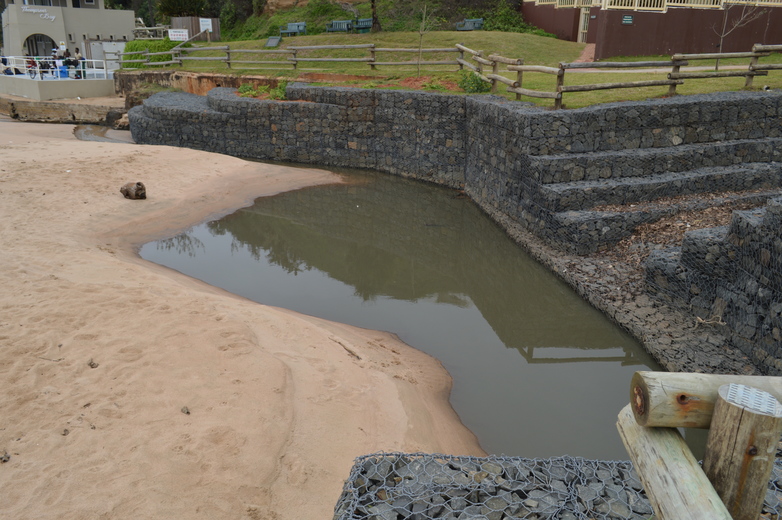 Ballito residents living around Thompson’s Bay and visitors to the pool reported a putrid smell coming from the rainwater drain next to Thompson’s Bay tidal pool earlier this week.

The drain is a catchment for all of the excess water that is funneled off of Ocean Drive and other roads nearby, said Ward 6 Councillor Tammy Colley.

Lifeguard superintendent Bongani Xulu said the water normally drains into the ocean and moves fast enough to avoid pooling on the beach.

With increased rain however, a stagnant pool formed and was part of the reason for the smell, he said.

“This is a new smell, it has not happened before. It could also be a plumbing issue up the pipeline and I have reported it,” he said.

Balwin Properties were responsible for the recent overhaul of the Thompson’s Bay tidal pool and surrounding area which finished in March this year.

The tidal pool facilities are maintained by Balwin Properties, but the rainwater drain is under the control of the municipality, said Balwin contracts manager Ivan van Zyl.

The company sent a site manager to see where the smell might originate, but no issues were found in the pipe system.

KwaDukuza municipality had not responded at the time of publication.